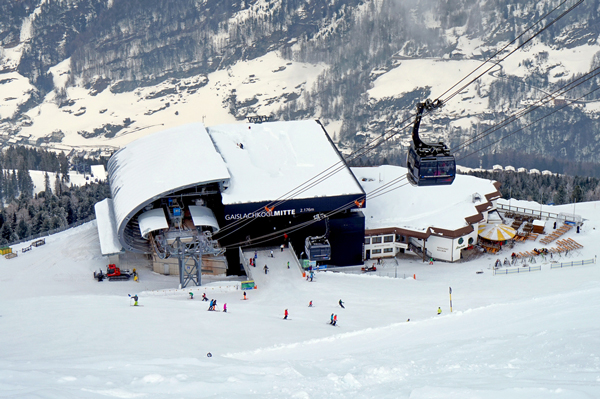 A PA system in as ki resort must meet several requirements: liven up the general public by broadcasting background music, ensure information and safety of skiers by broadcasting messages at scheduled hours, such as: opening and closing times, avalanche risk, public address and/or live PA. Networking the system contributes to spreading information on the entire resort.

- Launching programmed messages at scheduled times of the day: such as announcement of daily closing of the resort

- Broadcasting mic calls from the intercom system of the till window

- Liven up the snow front

- No wiring: use of the existing network

The IP audio system enables to install a PA system on the entire resort.

Vox@SP which fits the arrival of chairlifts is an IP audio decoder with two amplified outputs of 40 Watts. The units enables to broadcast messages, background music ... on the network from a distant post.

CAD10/T loudspeakers are directly connected to Vox@SP unit, which enables to save one amplifier. CAD10/T sound projectors are weatherproof (IP55) and perfectly fit for an outdoor installation. Their sound pressure level at nominal power is 100 dB.

MCS40/T metal Line-Arrays are fitted inside the arrival of cable cars. This miniature Line-Array with high precision has a sound pressure level at nominal value of 114 dB.

The Vox@D paging console, specially designed for IP PA systems has a gooseneck microphone, a monitoring loudspeaker, 3 push buttons as well as a TFT 5'' backlit color touch screen console with 200 pages of 16 keys. The console enables to broadcast live or pre-recorded messages in the cable car arrival zone or in any other zone of the IP audio system.

Vox@EX2 is a dual IP audio decoder with two independent line outputs. The first output is connected to the existing PA system of the snow front, the Vox@EX2 enables networking this existing system. Therefore, messages and music broadcasted on the IP network may be heard by the general public located in the snow front via MSH30/T horn loudspeakers.

The second Vox@EX2 output is connected to the SPA2060 dual channel amplifier (two channels of 60 Watts) which supplies the till zone. As for the snow front, messages and music will be broadcasted in this zone via RLS5/T white metal loudspeakers. With a diameter of 155 mm, RLS5/TM embed themselves in false ceilings. The sound pressure level at nominal power is 98 dB.

The MAGELLAN COMPACT intercom system which fits tills may also send live mic calls on the IP network via the Vox@IEX unit. Vox@IEX is an IP encoder / decoder with two inputs and two symmetrical outputs. An additional HF mic can be connected, to liven up the snow front.

A second Vox@D paging console is located at the emergency post. It allows to launch live or pre-recorded messages in any zone whatsoever of the resort. Functionalities available from its touch screen console:

It also enables to record a new message and to place it at disposal for the entire audio system as well as to activate message cycles (avalanches, smokers information, ...). The console is configured via a built-in web server.

The tourist office has also a Vox@D paging console that allows messages to be launched on the network as  well as in the office itself via the local PA system.

This local PA system is made up of an expandable universal audio processor with DSP named UAP G2 8/8 and a SPA2060 dual channel amplifier. UAP G2 8/8 provides excellent sound quality. It has 8 inputs and 8 outputs, 8 setting buttons on front panel, one message player and one Ethernet connection. SPA2060 is a power amplifier integrating 2 amplifiers of 60 Watts. RLS5/T ceiling loudspeakers and MCS40/T metal Line-Arrays enable to broadcast messages and background music.

As an option, the Vox@Net IP network audio system ensures the supervision of any audio sources and destinations. It enables to operate the TSIP matrix and IP terminals as well as different functionalities: broadcasting messages and calls in a resort and/or on the entire line, message recording with the mic for later broadcasting, queueing of pre-recorded messages, event scheduling, interfacing with other MODBUS systems, supervision of loudspeaker lines, follow-up and reporting of error messages. A server PC enables to configure and use the Vox@Net software. Several client servers may also be installed throughout resort.

Training, configuration of products in factory and technical assistance on site are recommended 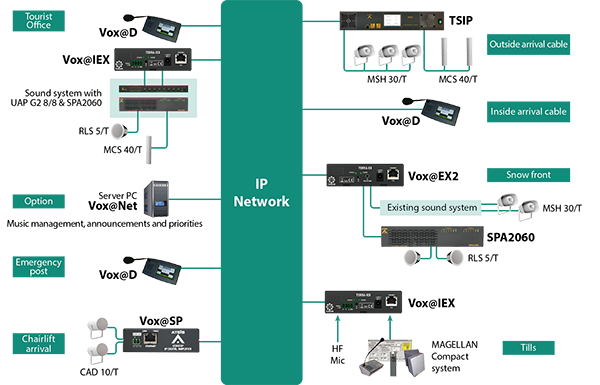 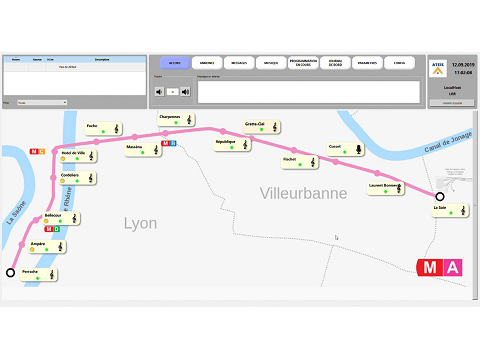 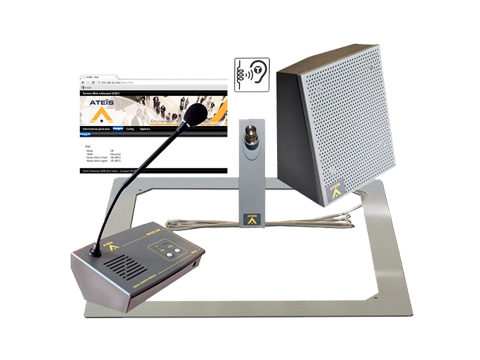 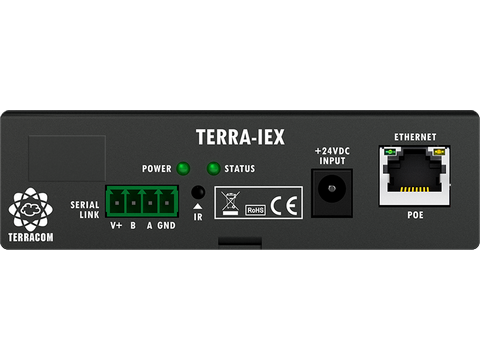 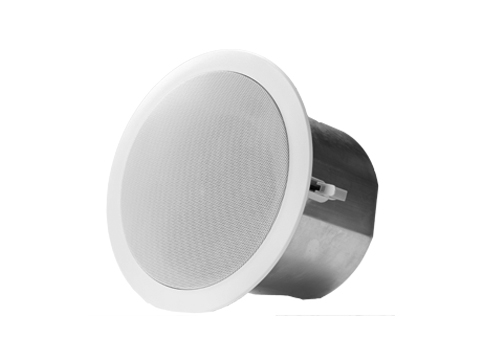 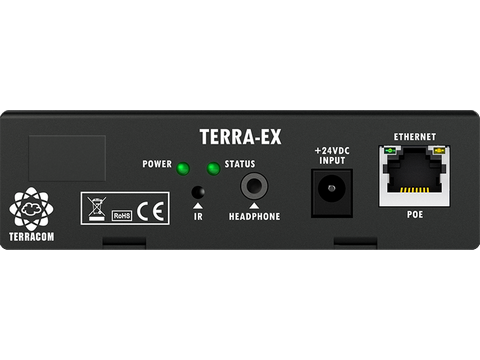 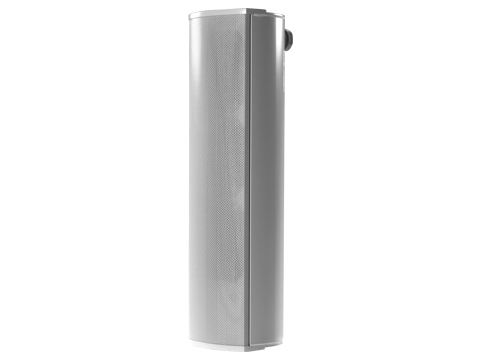 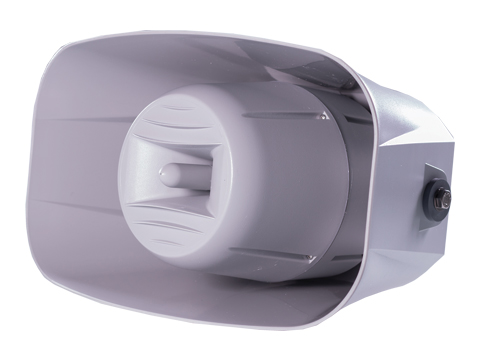 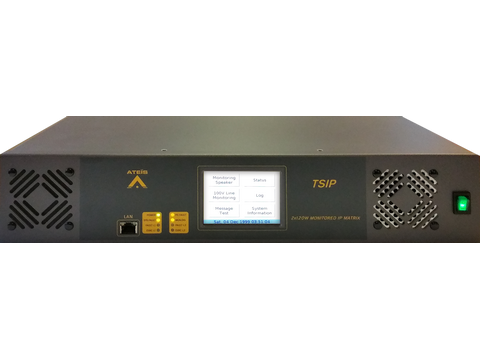 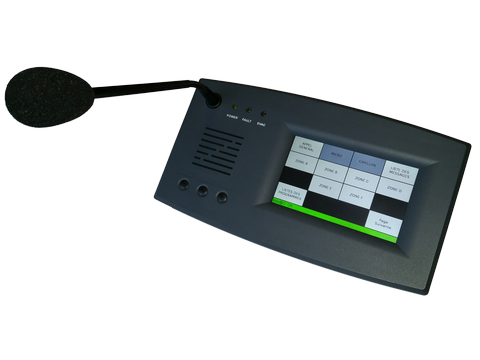 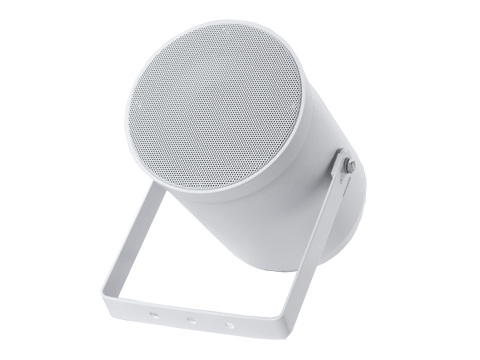 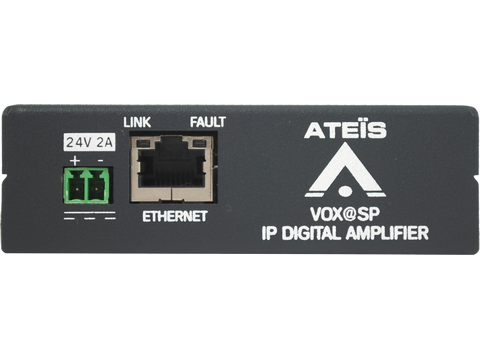